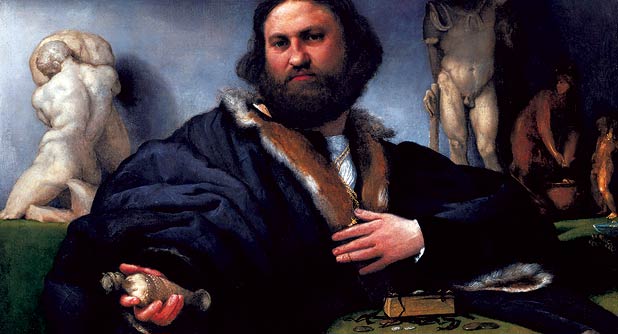 In college, my second favorite course was Art Literature. My first favorite was Statistical Analysis (don’t ask). It may seem an obscure idea that one has anything to do with the other. But when analyzing art, my left brain takes over and begins to dissect the finer details of the beautiful masterpiece that my right brain is admiring. If you look at many of the Masters’ paintings as a whole, the picture that lay before you most assuredly has a secret life hidden in the finer details. Symbolism was a common method used to depict love, loyalty, morality, and desire. Below, I’ve divulged the soap opera screenplay of several renowned pieces of art. 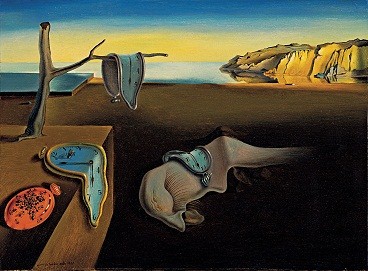 Salvador Dali The Persistence of Memory, (c.1931) Museum of Modern Art, New York City. Also referred to as ‘The Melting Watches’. Dali brushed this dreamlike painting to depict the relativity of time and space. The Melting Watches allude to the collapse of a fixed cosmic order. Closely scrutinize the large monster-like figure in the middle of the painting – large eyelashes can be seen, which represent Dali himself in a dream state. Also notice the swarming ants on the orange pocket watch in the lower corner. Dali painted ants in his art as a symbol of decay.

Leonardo da Vinci Mona Lisa, (c.1503) Louvre, Paris. Historians believe the Mona Lisa is a portrait of Francesco del Giocondo’s wife, which Da Vinci was commissioned to paint in celebration of their new son’s arrival. However, the Mona Lisa was incomplete for another 12-14 years. The model in the painting bears neither eyelashes nor eyebrows. The lack of facial hair was fashionable at the time, but Da Vinci later stated he was saddened that he was never able to finish anything. In 2015, it was discovered that an original painting resides under the masterpiece – a woman with eyebrows and lashes. It was not uncommon for painters to reuse older paintings since quality materials were sometimes difficult to procure. Da Vinci’s Mona Lisa holds the distinction of being the most sung about, most debated, most written about, and most stolen painting of the Masters.

James McNeil Whistler Whistler’s Mother (c.1871) Musee d’Orsay, Paris. Whistler’s original model for the painting was a no-show, so his mother filled in for the painting session. The painting is considered to be the most famous work by an American artist outside the United States. The painting was meant to be a full length painting of a woman standing. However, his mother could not pose for hours in an upright position, so Whistler painted her sitting.  He even has her feet resting on an elevated box to help with circulation. Whistler was no different than other starving artists at the time. In 1891, he pawned the painting, which was eventually purchased by Paris’ Musee du Luxembourg. Until his death, Whistler was annoyed that much was made from the fact that the model was his mother.

Grant Wood American Gothic (c.1930) Art Institute of Chicago, Chicago. Wood used his sister and dentist as models for American Gothic. The painting of the Jones’ Iowa farmhouse is symmetrical at every turn. The 3-pronged pitchfork mimics the pattern on the farmer’s overalls and facial structure, as well as the home’s Gothic window. The circular print pattern on the daughter’s dress echoes the rims of the farmer’s glasses and her cameo brooch. The stripes in the farmer’s shirt copy the slats on the farm house. Even though Wood wanted to depict the kind and happy people of Iowa, it is commonly interpreted as a house of mourning. The drawn curtains on the home and the woman’s black dress under her apron indicate death. American Gothic won a bronze medal and $300 at the Art Institute of Chicago. A patron convinced the AIC to purchase the work, where it still resides today.

Jan van Eyek The Arnolfini Portrait (c.1434) National Gallery, London. This masterpiece possibly depicts the most symbolism in a portrait painting of its era. I could wax on elegantly for an hour about the secret life of the Arnolfinis, but I’ll hit the highlights for you. They were merchants, which was evidenced by the mass amounts of luxurious fur and material in their clothing. The bed to the right in this guest receiving room is a birthing bed. The couple may not have been married, but her protruding belly and carved bedpost finials with St. Margaret, patron saint of pregnancy and childbirth, symbolize the couple’s desire for fertility. The woman later died childless and is evidence of simply a desire for children, not a factual physiological state at the time of the painting. The 2 figures painted inside the doorway and reflected in the mirror at the back of the room are said to be witnesses to the contractual gift of legal authority to his betrothed.  The dog was likely a gift to his mate, which symbolizes loyalty, and the oranges on the chest and window sill represent desired wealth since oranges were exceedingly expensive.

It may be considered that art is in the eyes of the beholder. But arguments aside, idealism and symbolism create mystery and intrigue when it comes to interpretation of the Masters. Next time you stroll by a Renoir, Van Gogh, or Rembrandt, look closely for little nuggets of truth. They are there if only you chose to open your mind.

6 thoughts on “TRENDING TUESDAY THE SECRET LIFE OF ART”