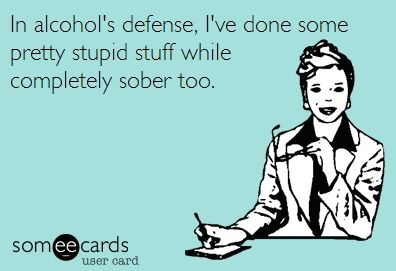 I’m not much of a drinker, but I’ll admit that I’m a sucker for any holiday that invokes the party animal. While most holidays don’t focus on the simple celebration of alcohol, there’s history lurking behind a few holidays and the reasons we imbibe.

New Year’s Eve – Champagne is the drink du jour for New Year’s Eve. 1,500 years ago, King Clovis, who reigned over Northern France promised his wife that if he won he next battle while defending his kingdom, he would convert to her religion, Christianity. In 496 A.D. he was baptized in the city of Reims in the heart of France’s Champagne region. Each year, as part of the religious solstice celebration of New Year’s Eve, we drink champagne to commemorate King Clovis’s act of conversion.

St. Patrick’s Day – St. Patrick loved green beer, first and foremost. Second, it’s a holiday to honor his missionary service to the Irish pagan community, who we all know love to celebrate with good alcohol.

Cinco de Mayo – The official date to celebrate the early defeat by Mexican forces over the French during the Battle of Puebla on the 5th of May, 1862. This was a day tailor made for drinking if there ever was one. 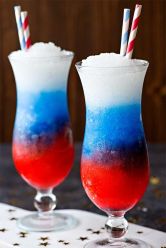 Independence Day – For each country, this date is different. In the USA, we celebrate the day with traditional fireworks and beverages not meant for young’uns. For a history on authentic 4th of July drinks, read here.

Oktoberfest – Mass amounts of beer are served beginning the third Saturday of September through the first weekend in October every year to celebrate the world’s largest Volksfest (beer festival and traveling fair). Its origins hallow from Munich, Bavaria, Germany, and more than 6 million people attend the 18-day Munich festival drinking 7.7 million litres of Oktoberfest beer. Wow! Roll out the barrel.

Tune in tomorrow for Freelance Friday How to Write the Blockbuster Novel: EditionTwo – Theme